Data Server Integrated OMR System is a Cluster of multiple Local OMR Readers connecting at the Database server for central processing of the read data.

The OMR Software on the central computer has higher set of features for design and setup of the project as well as for the processing of data received on the server. However, the terminal OMR licenses have only optimal features related to Read Sheet and Uploading of data.

The terminal only reads the data and uploads to the server where it is processed, evaluated and result output is generated.

Cases Suitable for Use of Distributed OMR System

Useful for professional teams working on multiple computers and handling large volumes on each computer.

The Data Server Integrated OMR is useful for Coaching classes with multiple centers, wherein they wish to read OMR sheets at the center level but wish to declare combined results at the institute head office level.

The Data Server Integrated OMR is also useful for OMR based election process, where the ballot data is transferred to the central server instantly after reading the sheets at the local ballot processing center.

Data Server Integrated OMR finds extensive use with the large scale government projects to collect data at many distributed locations. The Integrated OMR System can also be used in all such cases where multiple teams post their data to central server. 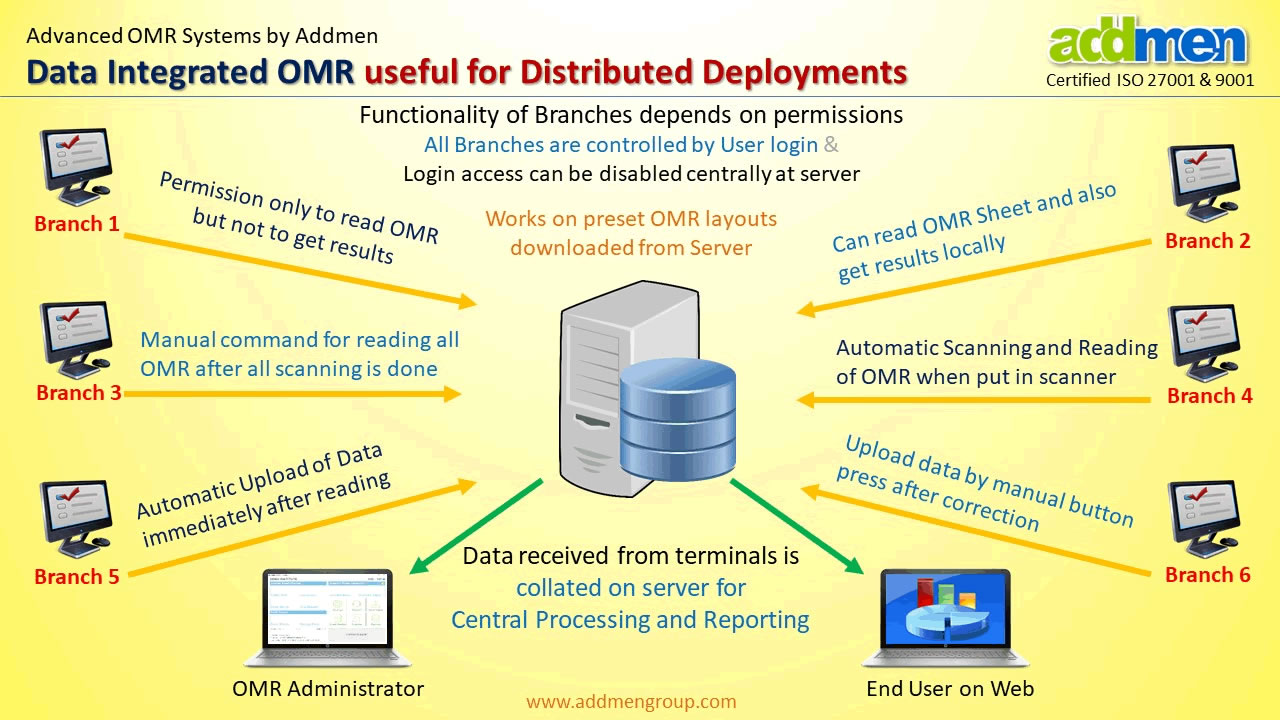 Useful when sheet quantity is high and transfer of image is not a feasible idea, so reading is done locally at multiple locations and later the data is uploaded

The computers may be located on a single site or distributed locations. The central SQL database must be accessible though IP at all locations.

Reasonable/Scalable Budget. Because Price varies as per number of licenses.

Scalable with price impact. Increase in cost of child license for every terminal.

Licensing Modes can be multiple Standalone or Network/ Site License

OMR images do not transfer, they remain on local computer of the user.

It is meant for local scanning, reading and upload of compressed data.

User gets instant prompts for incorrect scans, so he can correct and read again.

Only data is uploaded, sheets are not uploaded so it involves less data transfer and takes less time. If desired, sheet images can also be uploaded, but that will increase the transfer time.

Photographs, signatures and other images on the OMR sheet can also be read and uploaded with or without the complete sheet image.

Sheets are created at the central location and can be synced with the terminals. So different layouts can be read by the terminals as per the project.
The system allows independent working besides centrally defined projects if requisite modules are added.

OMR System with Central Data Server
Branches have to Login to connect to server, hence access can be controlled from the Server 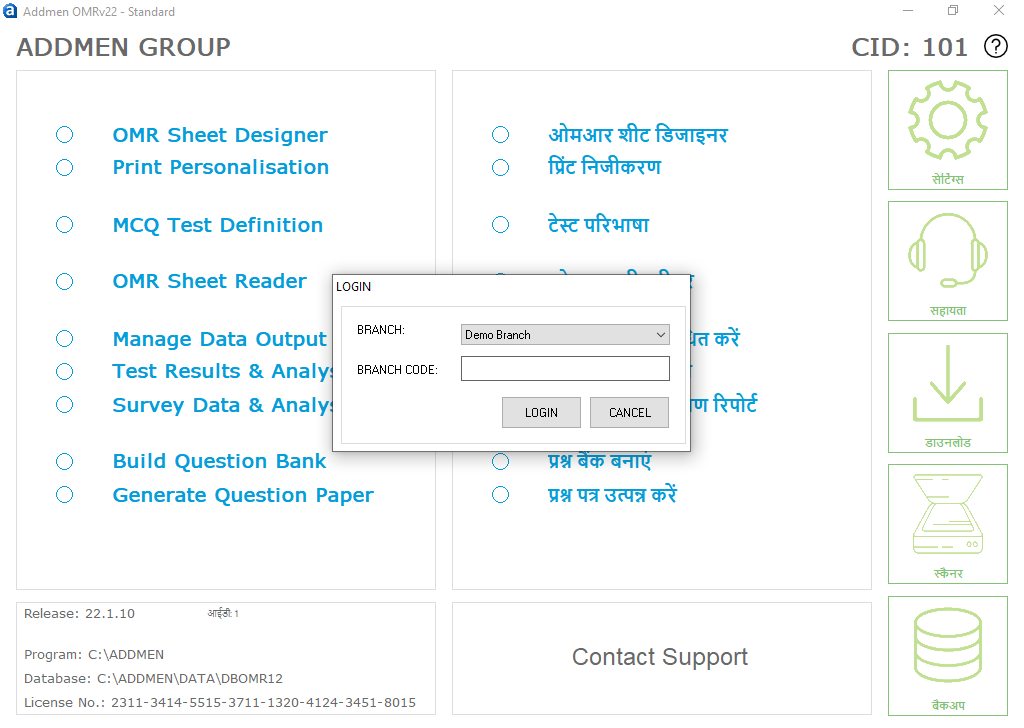 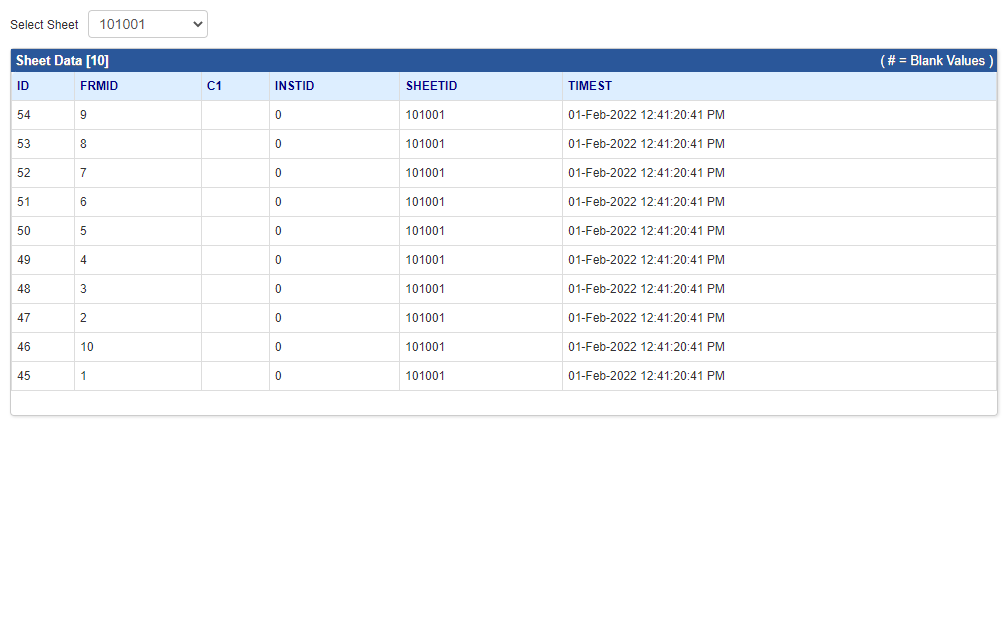